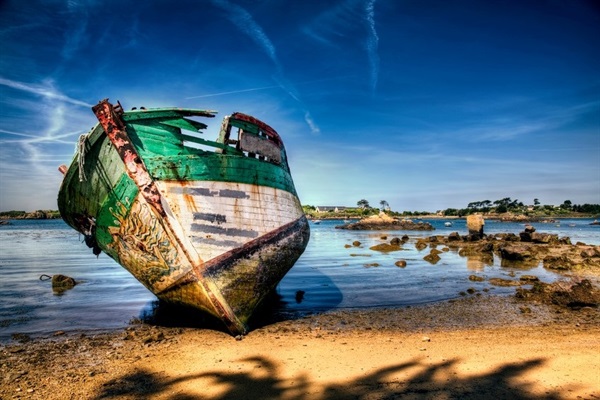 How Communication Failures Cost You and Hurt Your ROI

7 Examples of Poor Communication with Awful (and Tragic) Results, and How to Do Better

In the world of business, government, and academia, miscommunications can have major consequences. Products can fail, organizations can lose billions of dollars, and people can lose their jobs (or worse). In the 7 examples that follow, we’re going to look at some of the most notorious and sometimes tragic miscommunications in recent history.

Our objective here isn’t to mock or assign blame, however. Rather, we want to highlight the ways good communication practices could have helped to avoid such situations, which – in these examples – have affected everyone from LeBron James to Santa Claus.

On July 8, 2010, basketball superstar LeBron James announced that he was leaving the Cleveland Cavaliers to join the Miami Heat. An Ohio native, James made his announcement in a highly stylized ESPN special called “The Decision.” It was like James were publicly thumbing his nose at Cleveland in as showy a way as possible. Within hours, internet and TV commentators were savaging him. Later, James himself said that if he had to do it again, “I probably would do [the announcement] a little bit different.” Indeed, when he returned to the Cavaliers in 2011, he made the announcement quietly in an essay in Sports Illustrated.

Most readers decide to keep reading in six seconds.

In February 2013, the Yahoo! HR department sent a memo to all Yahoo employees announcing that henceforth all employees would be required to work in the company’s offices, overturning previous policy and instituting a major cultural change. But the memo was full of empty, generic, and unpersuasive statements like “I think we can all feel the energy and buzz in our offices.” As a result, morale plummeted.

In business, clear, honest, and respectful communication is critical. Here, the audience wanted to know the real reasons for the change – productivity issues? Financial losses? Something else? When they didn’t get that information, they were frustrated and upset. Any workplace document should consider what its audience wants and needs to know. When you deliver important news, remember that spin is no substitute for substance.

In July 2007, some folks in Roswell, New Mexico, went to their mailboxes to discover that they had each won $1,000 from the Roswell Honda car dealership in a scratch-off direct-mail sweepstakes. The problem: thirty thousand folks received the same message, when only a single person was supposed to. The car dealership was left explaining to an angry mob that it couldn’t pay their “winning” tickets, all because the ad agency designing the promotion failed to check the scratch-off tickets carefully!

The power of proofreading is avoiding fiascos like this! Never assume that someone else has taken care of the small details. Before being widely circulated, every document, no matter how small, deserves careful attention to detail, at every step of the process.

Your team will learn strategies to plan, write, and revise technical documents that are readable, concise, and usable.
Take the Team Course Take the Individual Course

4: Netflix – Poor planning can turn a stream of satisfied customers into a flood of unhappy ones.

At the beginning of 2011, if you subscribed to Netflix, you could have DVDs delivered to your home and stream them on your TV. But that year the company decided to split itself in two: “Netflix” would still mail you DVDs, but the streaming service would now be called “Qwikster.”

However, the Qwikster roll-out turned into one of the most notorious examples of poor communication. Customers didn’t understand it. The name “Qwikster” had no connection to Netflix or streaming. In fact, if they went to @Qwikster on Twitter to file a complaint, they ended up at the site of a marijuana-happy teenager who owned the name. Many customers left Netflix altogether. The company’s stock plummeted. Before long, the company’s CEO gave up and killed Qwikster.

Communication is critical to change management, and clear branding is key to retaining customer loyalty. In the corporate world, big changes for customers or employees should be carefully communicated, through easily accessible media (a letter or email, perhaps, not a blog) and in language that makes sense. Even business or product names demand careful thought. “Qwikster,” for example, means nothing; “Netflix Streaming” might have made things clearer.

5: Ikea – Sometimes a picture isn’t worth a thousand words.

The Sweden-based home-furnishings company Ikea is famous for its modernistic furniture styles and for one other thing: its wordless assembly instructions. Buy an Ikea computer station, for example, and you get 32 pages of assembly instructions without a single word—only illustrations. In this way, the company, which has customers worldwide, can avoid having to print its instructions in many languages.

Wordless instructions, however, can have two drawbacks: 1) they sometimes leave out steps and 2) they don’t work well for those who are not good at translating the images they see into actions. The results can be tragic. In recent years, at least two children were killed when Ikea dressers tipped over onto them. Ikea claims that it warns buyers (in words) to anchor such items to walls to prevent them from tipping over, but image-only instructions are inadequate for conveying such important warnings. In response, Ikea has had to create a series of TV ads warning its customers always to anchor large pieces of furniture.

Instruction manuals and standard operating procedures (SOPs) are among the most important documents an organization produces. Clear instructions, using an effective mix of images and words, are necessary to prevent frustration and safety problems.

Standard operating procedures: Every company has them, but not every team knows how to write them..

Hurley Write’s SOP writing course is a valuable tool for all types of firms in need of better SOPs.
View Course Details

6: Deepwater Horizon – When communication problems spill over, they can be deadly.

This is one of the deadliest examples of poor communication. On April 20, 2010, the Deepwater Horizon oil rig in the Gulf of Mexico exploded, resulting in the deaths of eleven workers and the largest oil spill in history. Nearly 5 million barrels of oil polluted the gulf and its surrounding shoreline, killing millions of animals, damaging whole underwater and shoreline ecosystems, destroying Gulf Coast businesses, and costing BP, the company that ran the rig, more than $42 billion in criminal and civil settlements.

The Presidential Commission that examined the causes of the disaster found that technology failures were of course part of the problem, but so was something else: a “failure of management” that included major “communication failures.” BP, its engineering firm Halliburton, and Transocean, which owned the rigs, had not shared a number of technological issues clearly with each other from the very conception of the drilling operation. And on the day of the explosion, rig technicians had conducted pressure tests that suggested something might be wrong—but the results of those basic tests had never been communicated clearly to, taken seriously by, or properly interpreted by those in charge. After the explosion, further communication failures complicated the oil-spill cleanup in the region.

The President’s Report on the disaster explained that “better communication within and between BP and its contractors” could have helped to prevent the disaster. Careful communication procedures are especially important when different departments or organizations are trying to work together. The disaster also highlights another key truth: It’s not just instruction-manual writers and PR folks, but also engineers, scientists, and technicians who must be taught how to analyze, receive, and share information effectively.

On Christmas Day, 2013, Santa Claus himself was the victim of a communication failure. During most of the day on Christmas Eve that year, UPS, the package delivery company, continued to assure customers online that their Christmas gifts would arrive by Christmas morning. Then suddenly, at the very end of the day, thousands of customers were told that, nope, sorry, their packages wouldn’t arrive until after Christmas. For thousands of UPS customers, Santa would miss his deadline.

The failure to deliver was bad enough. The delay in communicating the problem was just as bad. And worse, still, was the way UPS responded to the snafu: it cavalierly tried to dismiss the problem, claiming that “only a small percentage” of customers were affected—hardly consoling to those thousands of households where Santa failed to show up.

The good news: you can avoid becoming one of these examples of poor communication.

These types of errors occur for a variety of reasons, but, as we’ve illustrated, poor communication is at the heart. Ensuring that your team has the tools it needs to plan, write, and revise effectively and efficiently can prevent such errors.

For other examples of communication failures in the workplace – and the lessons we can learn from them – read our article about “Communication Shipwrecks.”

Hurley Write can help you ensure that your organization’s internal and external communications are efficient and effective so you can avoid similarly problematic poor communication examples. Our instructor-led writing workshops, delivered at your facility; interactive online courses; and customized webinars use readability studies as the foundation, which means that your team learns real strategies to help them write targeted documents that are clear, concise, and precise.

Explore our courses to find the training your team needs!

What do Lebron James, Air Force One, and Netflix have in common?
Looking for additional resources?
Give us a call (877-249-7483) or email us at [email protected].
×

Hey there, thanks for reading!