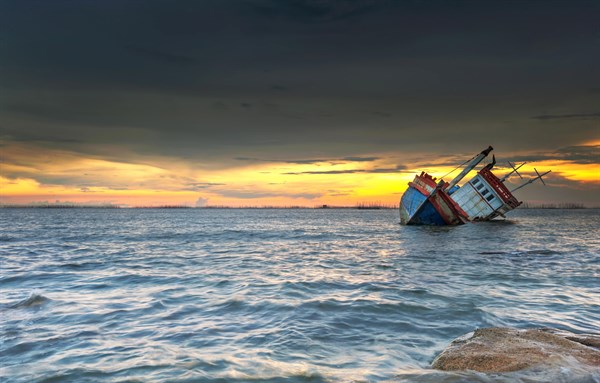 How Communication Failures Cost You and Hurt Your ROI This white paper discusses examples of bad business writing and other scenarios we’re calling “communication shipwrecks” in the corporate, government, and academic worlds, along with a lesson to be learned from each. Subsequent white papers will provide additional poor business writing examples. While we like to emphasize the positive—the good effects of good communication strategies—occasionally it can be valuable to examine more cautionary tales of bad professional writing.

The shipwreck: On November 6, 2013, cargo vessel Claude A. Desgagnes needed to slow down as it approached a lock in the Saint Lawrence Seaway, between the U.S. and Canada. The ship’s pilot wanted to slow the ship by lowering an anchor. The ship’s master instead wanted to reverse engines. The two began issuing conflicting orders to the ship’s helmsman. Before long, it was too late: the ship ran aground, incurring serious damage and closing the Seaway for 15 hours.

To quote part of a famous line from the movie Cool Hand Luke, this was a classic case of a “failure to communicate”— a literal communication shipwreck that could have been prevented with, for example, adherence to a clear, complete set of Standard Operating Procedures that covered such a situation. After the event, the ship’s owners did, in fact, update their Bridge Manual Instructions to prevent such miscommunications from occurring in the future.

The lesson: Standard operating procedures (SOPs) are critical for organizations; however, they must be well-written, understandable, and usable. And everyone in the organization must have access to them and receive training on how to use them.

The shipwreck: Beginning in 2002, General Motors’ Chevrolet Cobalt automobiles began experiencing ignition switch failures. But the cars were not recalled until 2013. In the meantime, 13 people died in accidents caused by the ignition-switch problem.

Why hadn’t GM acted sooner? Because over the years, GM’s internal investigation committees consistently called the problem a “customer convenience” issue instead of a “safety defect,” so the problem was not taken seriously. If GM’s investigative reports had used more accurate language from the beginning, 13 lives might have been saved.

The lesson: Euphemisms (calling a safety flaw an “inconvenience,” for example) are, at best, misleading and, at worst, dangerous. Precise, accurate, honest wording in a workplace document can sometimes be a matter of life and death. 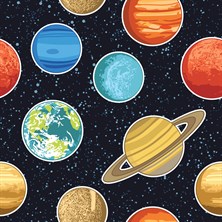 The shipwreck: On September 23, 1999, NASA’s $125 million Mars Climate Orbiter, designed to study the red planet’s weather patterns, fired its engines to go into orbit around Mars. But instead of going into orbit, the spacecraft was “pushed dangerously close to the planet's atmosphere where it presumably burned and broke into pieces, killing the mission” (http://www.cnn.com/TECH/space/9909/30/mars.metric/).

A post-mortem of the mission discovered that Lockheed-Martin, which helped develop and build the Orbiter, had given it commands in English measurements like miles and pounds. But NASA, which was controlling the mission, was using metric measurements (meters, kilograms). Bye, bye, Orbiter.

The lesson:  Communication between and among cooperating organizations or departments within organizations should be coordinated by editors or other experts who look to create consistency of terminology, measurements, and graphics, among other things.

The school district ended up scrambling to find ways to avoid penalizing both the misinformed students and the schools whose students took the test at a disadvantage.

The lesson: Lots of lessons here, but the simplest and most obvious is this: Before you distribute a document, check and re-check with knowledgeable sources to ensure the information in it is correct.

The shipwreck: On October 29, 2012, Hurricane Sandy came ashore in New Jersey, damaging or destroying 40,500 homes. More than two years later, despite the state’s receiving more than half a billion dollars in federal emergency aid, only a few hundred of those homes had been rebuilt. Residents complained that the documents they had to fill out to get aid for rebuilding their homes were confusingly written and sometimes contradictory, and that the written rules about which homes were eligible for aid were constantly changing.

Later, the federal government asked for its money back.

The lesson: Good documents are clear, in language suitable for their audiences, and are consistent, both within each document and across document sets.

The shipwreck: In October 2014, Indiana University erected a bronze statue on campus to honor its late alumnus Ernie Pyle, the Pulitzer Prize-winning World War II reporter. There was only one problem: a patch on the shoulder of the statue called Pyle a “corespondent,” instead of a “correspondent.” A correspondent, of course, is a reporter. A “corespondent” is someone facing a lawsuit, often for committing adultery, as part of a divorce proceeding. Oops.

The lesson: Okay, this one’s easy: Always have someone else proofread your documents for grammar and spelling. Otherwise, your mistakes may end up on public display, set in bronze.

The shipwreck: In spring 2013, retail giant Target described a regular-size dress on its website as available in “dark heather gray.” Elsewhere on the website, the same dress, in the same color, was described as “manatee gray.” The only difference: the latter dress was in the plus-size department.

A manatee, of course, is a large aquatic animal that looks like a walrus and is also called a “sea 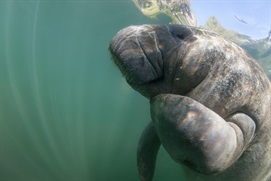 cow.” That was hardly an image larger women found flattering. It turned out that Target’s different buying teams had failed to consult each other when naming the colors for the dresses. When plus-size women noticed the difference in wording, Target found itself swimming in dangerous PR waters.

The lesson: Again, one lesson here is that documents within a company and across company departments should be checked for consistent terminology. Why? Because inconsistent terminology can confuse readers. And an even more important lesson is this: word choice matters. Thoughtless wording can hurt feelings and cost your company customers and sales.

The shipwreck: In 2014, Qiuhua Wu, a Chinese immigrant living in Sacramento, bought insurance through Covered California, the state’s health insurance exchange. She thought she had set up auto-pay to handle her periodic insurance payments, but, unknown to her, the auto-pay set-up wasn’t working. Soon Qiuhua began receiving notices from her insurance company warning her that it was not receiving her payments. The notices were in English. Qiuhua speaks Mandarin Chinese and understands little English. She ignored the notices. After a while, her insurance coverage was canceled, leaving her uninsured until the next sign-up period.

The lesson: All good customer-directed documents consider their reader, or, more likely, readers’, needs and preferences. That means those documents should be written in language their customers understand, whether that is the language of a nationality or of a technology. (For many customers, documents whose language is too technical might as well be in a foreign tongue.)

The shipwreck: In 2013, Palestinian security expert Khalil Shreateh discovered a glitch in Facebook’s security system that allowed him to write on strangers’ Facebook walls something that, theoretically, no one should be able to do. Despite English not being his first language, Shreateh wrote a message in English to Facebook’s security department describing the glitch. Seeing how poor the English in the message was, Facebook’s people ignored it.

To make his point, Shreateh took more drastic measures: he posted a message on Facebook founder Mark Zuckerberg’s Facebook wall. This time Facebook got the message. Because he had breached Zuckerberg’s wall, however, a no-no in Facebook’s world, the company refused to give Shreateh the $500 reward it normally gives to those who point out its security holes.

The lesson: Unless you are absolutely fluent and articulate in a foreign language, always have a native speaker edit any document you create in that language. (Happy-ending note: Shreateh later received a $10,000-plus reward for his actions from an independent white-hat hacker organization.) 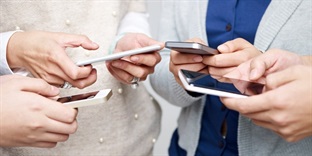 The shipwreck: In November 2013, JPMorgan Chase & Co., the bank and financial services firm, went on Twitter with a tweet inviting economics students to ask for career advice from its senior executives. Instead, it immediately received thousands of tweets from disgruntled customers asking questions such as “Do you feel bad for ripping me off every month for charging me over 10% on a car loan & rejecting me when I apply for a credit card?”

After the recent Great Recession, resentment of big banks remained strong in the general public in 2013, and Twitter turned out to be a perfect place to express that resentment.

The lesson: When you create any document, even a tweet, consider the medium, the message, and the reader. New social media like Twitter are like the Wild West, where anything goes, and the audiences are varied and uncontrolled. JPMorgan sent the wrong message, at the wrong time, through the wrong medium, to an audience it failed to anticipate.

The shipwreck: On January 28, 1986, the space shuttle Challenger exploded in midair 73 seconds after taking off, killing seven crew members, one of the great tragedies in the history of the U.S. space program. It was later determined that an O-ring, never tested in temperatures as low as those that morning, had failed to seal off superheated gases.

According to the IEEE Professional Communication Society, this wasn’t just a technical failure—it was a communication failure. Previous data that left open the possibility of a problem with the O-ring had been weakly presented or ignored. In some cases, the data that did exist were not taken seriously either because those who raised concerns lacked authority or because the chain of reporting was broken. Some in authority also resisted pushing back the high-profile flight, leading them to view the technical data in a hostile light.

The lesson: No matter how smart your technical experts, if the information they generate is not communicated forcefully and clearly and not sent up and down the communication chain effectively, then unfortunate, sometimes tragic, events can occur.

These types of errors occur for a variety of reasons but, as we’ve illustrated, bad communication in business is at the heart. Ensuring that your team has the tools it needs to plan, write, and revise effectively and efficiently can prevent such errors.

Hurley Write can help you ensure that your organization’s internal and external communications are efficient and effective. Our writing workshops, online courses, and webinars use readability studies as the foundation, which means that your team learns real strategies to help them write targeted documents that are clear, concise, and precise.

In our next white paper, “Communications Shipwrecks, Part Two,” we examine case histories of other bad communication examples involving everyone from LeBron James to Santa Claus.

What’s the difference between a “manatee gray” and a “dark heather” dress? Read about Target’s communication fail.
Looking for additional resources?
Give us a call (877-249-7483) or email us at [email protected].
×

Hey there, thanks for reading!