The best writing program developed by our team of experts 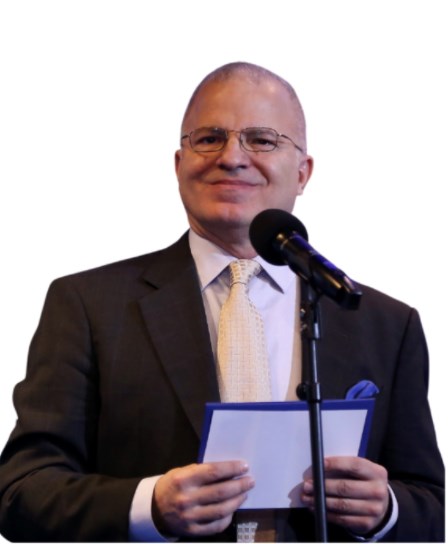 Geoffrey Mazullo is an advisor, analyst, trainer and writer covering environmental, social and governance (ESG) investing, focusing on emerging markets. He publishes widely on corporate governance, ESG issues, investor relations and sustainable finance. In addition, he is a trainer for the United States Agency for International Development (USAID) and United States Department of State.

Since 2004, Geoffrey has been an Adjunct Professor of the School of American Law (SAL) and several universities in Eastern Europe. He is the author of numerous case studies, which he teaches in-person and online. Since 2006, he has been chair of the evaluation committee of the Nasdaq Baltic Awards, which recognize excellence in investor relations.

Geoffrey holds an MS from the London School of Economics and Political Science (LSE) and a BS in Foreign Service from Georgetown University. While at Georgetown, he had a journalism scholarship from the Scripps-Howard foundation. In addition to English, Geoff speaks several languages, including German and Polish.

Hello. My name is Jeff Mazullo ,and I'm excited to be a Hurley Write trainer. I've worked as an analyst, researcher, writer, and trainer for over 20 years. I began my career as a corporate governance analyst and during the past decade, I focused on the link between sustainability and finance. I have written articles, assessments, presentations, proposals, research, reports, surveys, and training materials for a wide range of institutions, academia, business, government, international organizations, and non-governmental organizations.

I've always been interested in language and in languages. I have worked and lived in eight countries and traveled and worked to over 25 countries. For the past 14 years. I've been an adjunct professor of corporate governance, teaching university students and recent graduates in several Eastern European countries, and I speak several languages. English is my native language, but I speak German and Polish quite well.

So for me, the question is not to read or not to read, or to write or not to write because both are such an important part of my professional life. Instead, the question is how can I write most effectively to a specific audience to achieve a specific outcome? And that outcome should be determined in advance, and I focus on both the process and the end product. So the Hurley right methodology presents a wide range of strategic choices that you can make as a writer, and it provides an opportunity for you to learn and apply practical skills, so that you can also improve both the writing process and the written product. As I said, I'm excited to be a Hurley Write trainer and I look forward to meeting you in the classroom virtually and hopefully soon in person. Thank you.