Scientific Writing for the American Public 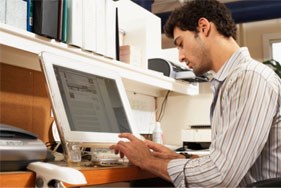 Americans want to learn more about science. The Pew Research Center’s Project for Excellence in Journalism shows that 52 percent of adults aged 18-29 desire more coverage of scientific news. The general public understands that scientific research has tangible effects on everything from medical advances to transportation to heating our homes.

Scientists appear to have a captive audience for their writing: Americans are thirsty for more scientific knowledge. So what’s the problem? Why is it so difficult to disseminate scientific information to the general public in an interesting, accessible way?

The good news is that these hurdles are passable for the American scientific writing audience. Americans want to learn about science through writing, so the real fix for the low science literacy in the U.S. is better communication between scientists, journalists, and the general public.

What science topics are most interesting to you? Keep reading our blog for tips on engaging a non-scientific audience in scientific materials.